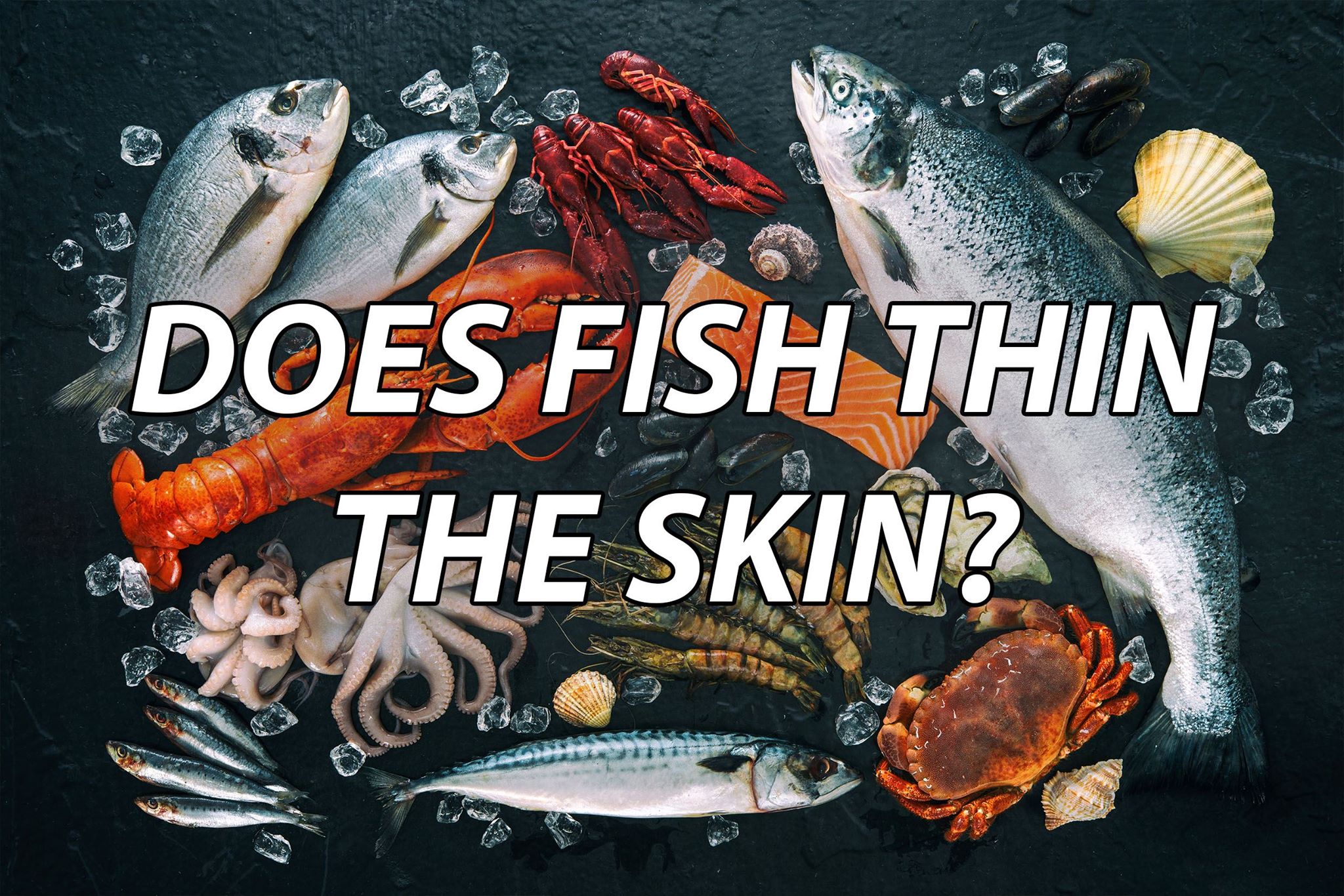 Spot reduction of body fat? Fish preventing metabolism/thyroid shutdown while dieting? Things laughed at but maybe they have science behind them?

Fish thins the skin. How many times have you heard this one? How come when you do hear this, many times you hear it coming from someone usually with immense experience and has dieted just about every way possible? They claim to have tracked things very closely, maybe only altering one detail at a time, such as changing his meats to fish but keeping macros the same.

What are most responses to these claims? A laugh, a chuckle that they are full of it and don’t have a clue about science, right?

It’s funny to me because more than ever lately, science emerging has been showing more and more what pros from decades ago or today find out by experience to be true or real.

But for some reason, there seems to be a large community that just laughs at anything without any backing to it as if it’s NOT real or true. Which for me is really annoying. Reason being is because when something doesn’t have any real studies (yet) to back it up… It simply means that it is not proven… Not that its real, not that its fake, but that it is hasn’t been proven or debunked. The truth is, it could be real or fake and none of us know. Yet the replies from these arm chair bodybuilders and forum guys is never “Hey that’s not proven!” But “Hey that is totally false and bullcrap, it’s not real” and so on and so on.

Now to my point about the fish thinning the skin, which not too long ago Phil Heath was laughed at for claiming, but it’s been a thing touted for years. I believe Phil also said specifically white fish.

Where’s the science on this? Funny enough there is some science relating to the topic, and to me it’s strong enough science. It’s funny that some of the leanest guys around, guys that have lets use the term “thin skin”, were some of the guys that utilized fish the most as well, white fish too.

So for the science, two big factors here: First off, fish is generally the highest ratio of PUFA fats out of all the meats. What’s so special about PUFA fats? Well besides their insulin sensitivity boosting effects and their effects on being almost purely muscle growth when added to the diet over other fats, like mono and saturated fats (which cause mostly just fat gain in comparison), PUFA fats have the added benefit of helping to prevent white fat/abdominal fat gain in the studies. What else? Animal studies now also show skin fat thickness decreases with PUFA fats added to the diet. Not something you hear often is it?

Secondly, let’s look at the phosphorous in fish, specifically white fish. The phosphorous content in white fish happens to be double that of most other meats like chicken. So one guy might be lucky to get 5k phosphorus a day but the next guy gets 10k phosphorous a day. (BTW, these are actual comparisons of two bodybuilders diets, the one with the 10k phosphorus is extremely well known for his “thin skin” and low body fat: Kevin Levrone.)

Whats so great about phosphorous? Well I could write a whole separate topic on that but I’ll save that for later. Briefly, let’s just say that it prevented the decrease of t4 and t3 on calorie restricted diets, aka preventing the metabolism lowering effect of dieting. It produces more lean mass when added to diets without changing anything else in the diet. Phosphorus allows you to use more protein essentially than eating the same protein amounts with lower phosphorous intake. Lastly, it was shown to decrease fat tissue hydration levels while increasing muscle tissue hydration levels… So it’s making your muscles look fuller while making your fat stores look smaller, and we all know what that means- it helps in obtaining shrink wrapped skin with little fat and full muscles. So again, besides the fact that it directly causes fat loss without change in food intake, increases muscle, prevents metabolism lowering or shutdown while dieting on very low calories, it also has the added benefit of making fat cells look smaller due to less water being held.

Take from this what you will, but it’s some science for you. And I think with all the science emerging past few years showing what actual pro bodybuilders have always felt was real despite all the arm chair bodybuilders laughing at them, we should give some consideration to the ones with more experience or who have tried different things than us, before just laughing at it and saying it’s false because its not proven. The reality is like I already said, it’s just not proven YET, to be true or false.

Few things to leave you with that were also once laughed at: Pro bodybuilders have said you can spot reduce body fat. This one in particular I’m still surprised that many still think is a lie. There are MANY studies showing spot specific body fat loss with direct work to said area. Yet everyone laughed and still does laugh at how stupid that sounds and still claim that the only way to diet is to lose body fat as a whole equally across your body. Yet they don’t understand or put the clues together as to why all the body parts that they use more often are usually much leaner than the rest of them, such as their arms compared to their core which is because they may sit all day.

I’ll likely update this later with all the studies as I finally got some time to post again since it’s been so long for me to post on my public page and not in my group and was in the mood to finally write one of the things recently on my mind.

To find out more on Taeians method for nutrition health and bodybuilding, check out Taeians forum and members content below.