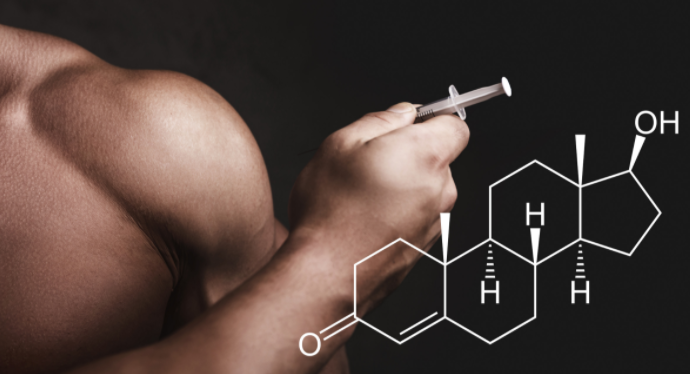 How To Fully Prevent Shut Down On Cycle And Stay Natural!

Individuals considering using anabolic steroids (AAS) often fear trying them due to concerns of shutting down their natural hormone production and never recovering. This worry alone is enough to detract a prospective user from following through with a steroid cycle, but the desire to use anabolic steroids remains. As many wish to see what it would be like to have all of their hard work in the gym to build muscle mass, strength and fat loss severely enhanced.

Contrary to what others claim, anabolic steroids CAN be used without shutting down your natural hormone production. The body can be fooled to believe exogenous hormones were never touched and maintain your natural hormone production fully, even during the cycle.
The so-called “experts” and “gurus” have preached for decades that it is utterly useless to incorporate drugs like SERMS (Selective Estrogen Receptor Modulators), such as Clomid, on cycle. They claim such additions would have no effect on your natural production/recovery until the presence of exogenous hormones has cleared. This may be one of the biggest bodybuilding/hormone-related myths I’ve come across to date, that shutdown is inevitable, and nothing can be done to prevent it. Such a claim is far from the truth.

I. WHAT DOES THE SCIENCE SAY?

Here is what the data says on the matter. Shutdown of hormones while on AAS can be prevented. It has been proven in not just one, but multiple studies. The SERM “Clomid” has been proven to prevent shut down during usage of:

Other anabolic androgenic compounds such as “Halotestin”

The research shows us that higher doses, such as the amounts used for bodybuilding purposes, can be ran while fully preventing our natural hormone production from shutting down and while on other anabolic steroids other than testosterone.

“During chronic clomiphene therapy, neither T nor E when given in doses equal to twice their mean production rate in normal men, nor the nonaromatizable androgens, dihydrotestosterone and fluoxymesterone, in dosages equipotent to the infused T were capable of suppressing serum LH and FSH levels or altering the responses of LH and FSH to LRH administration. The resistance of gonadotropin to suppression by androgen during clomiphene blockade remains unexplained.”

“Winters et al. showed the CC was able to block the LH and FSH suppression that occurs with exogenous T and estrogen administration, thus demonstrating that estrogen was the primary inhibitory hormone on GnRH, LH and FSH. “

It is worth noting that the above also offers an explanation to those who speak of how common it is for users’ wives to become pregnant on cycle, despite research indicating that steroids can lead to infertility. If that person was taking a SERM on cycle to prevent or treat side effects, like gynecomastia (breast tissue growth), they effectively reversed shutdown and were consequently able to impregnate their significant other.

A wide variety of myths, like the claim of unavoidable shutdown, are circulated in the bodybuilding community without anyone ever providing even a scintilla of evidence or scientific data to back up such claims. To make matters worse, readers blindly accept these statements as fact, never attempting to confirm the veracity of these claims.
One should never believe what you read at first glance. This also applies to anything I say. I encourage you to do the research for yourself and to make an informed decision before delving into steroid usage, or anything for that matter.

If I was a new, first time user to anabolic steroids, and was concerned of long term shut down or my testosterone levels never fully recovering, or just never wanting to go through the shutdown process at all. Because I may not want to run more then 1 or 2 cycles and just be done with it, or just to test the waters and see if I like using anabolics. I would probably for my first few cycles run Clomid. Starting Clomid 1-2 weeks before the anabolic steroid cycle and continue it for 1-2 weeks after the steroid ester has cleared fully. This way I would prevent any possibility of a natural testosterone production shut down that does not recover to its initial starting level, or at all recovering. (unknown myth). This way I would feel safe knowing my natural hormone production is safe and untouched while I test my run of anabolic steroids, for a cycle or 2. Because You may be satisfied with a 1 or 2, or several cycles, and never want to touch them again. Or at least for a very long time, years even. This way you have peace of mind and feel safe that your natural testosterone production is where you left it, untouched by steroid shut down.

Studies on the Role of Sex Steroids in the Feedback Control of Gonadotropin Concentrations in Men. II. Use of the Estrogen Antagonist, Clomiphene Citrate* | Request PDF (researchgate.net)

To read more on Taeians methods for cycling and preventing shut down on cycle check out Taeians forum and members section below.